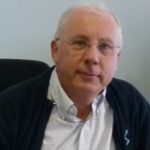 Pablo Ballester studied Chemistry at the University of the Balearic Islands (UIB) where he also completed the PhD degree in 1986. In 1987 he was post-doctoral Associate with Prof. J. Rebek Jr. at the University of Pittsburgh. In 1988 after a post-doctoral stay at UIB he decided to return to Pittsburgh and moved to MIT in 1989. From 1991 to 2002 he held the positions of Assistant and Associate Professor at UIB and served as Secretary of the Chemistry Department, Vice-dean of the Faculty of Sciences and Head of Studies of Chemistry at UIB. In 2003 and while enjoying a sabbatical leave at the Scripps Research Institute (USA) with the rank of Associate Professor of Research he got an ICREA Research Professorship and joined ICIQ as Group Leader in 2004. He is the recipient of the 2012 Janssen Cilag Organic Chemistry Prize awarded by the Spanish Royal Society of Chemistry. Since February 2016 he serves as ICIQ Vice-Director for BIST affairs.

My scientific background lies in the areas of organic chemistry (making molecules) and supramolecular chemistry (study how molecules fit together). My research is mainly focused in the design, synthesis, study and characterization of functional molecular aggregates. I consider myself a mixture between a molecular architect and a molecular engineer. We study matter but we also produce matter and new materials. We work in trying to understand molecular self-assembly processes as a methodology to construct large and functional supramolecular assemblies, i.e., molecular machines. A second area of interest resides in the design and application of molecular containers. These are molecular or supramolecular structures with an internal cavity sufficiently large to include or encapsulate other molecules. Unfortunately, although we construct monumental and even artistic structures they are not visible to the naked eye due to their reduced nanometer size.